The History of Locks

Locks and keys have been around for millennia. Door locks are something we see on nearly every entryway we access and are so commonplace that we often take for granted what they do for us. It’s easy to overlook the benefits of something we see every day.

Door locks have seen many incremental changes and advancements throughout history; however, their fundamental principle of keeping out unwanted users has always remained constant. Today, locks are transforming from mechanical to electronic – from isolated to interconnected. With that in mind, let’s dive into a brief history of locks and their impact on mankind.

The History Of The Door Lock

The history of mechanical locks began over 6 thousand years ago, with the most primitive lock device being discovered in the capital of ancient Assyria’s ruins. The locksmith came up with an efficient but simple pin tumbler lock, made entirely from wood. It consisted of the wooden post on the door and a horizontal sliding bolt.

The Egyptians then improved on this design, swapping wood for brass. The pin lock then spread to Greece and the Roman Empire after.

Advancements in banking systems, as well as the use of monetary currencies within the medieval ages, created a need for more robust door locking systems. This led the English to create the first full metal warded locks. These locks featured a cylindrical design that prevented the key from turning unless the pattern of the key matched the internal plates of the lock mechanism.

However, these types of locks had one major flaw. Anyone could bypass this lock by filing down the key’s notches and avoid the plates within the locks entirely. This gave rise to the term “skeleton key,“ where all-purpose keys were being created to bypass these lock systems. As a result, the security of these locks was compromised as some individuals were able to gain access to many different locks relatively easily using skeleton keys.

Technology finally advanced at the beginning of the Industrial Revolution in the 18th century, where various engineers managed to generate robust and small devices.

In 1778, Robert Barron improved the pin tumbler lock, by inventing the double-acting tumbler lock. A few years later, Joseph Bramah established a new and more secure design for locks, and his design was famous for its resistance to lock picking and tampering. For his lock to open, a cylinder-shaped key with specific notches is used.

Then, in 1888, Jeremiah Chubb produced the Chubb detector lock, which was a result of a competition set in place by the British government to create a lock that could be opened with a particular key. Chubb won the competition after a trained lock-picker was unable to crack the lock. Chubb’s lock was designed to jam if someone attempted to pick it. The lock would stay jammed until either a special regulator key or the original key was inserted and turned in a different direction. This design was the first to alert the owner to the fact that the lock has been tampered with.

Advancements in digital and computer technology bring many new possibilities and improvements in door locking systems. As the needs for security, privacy, and safety in modern society grow, locks and security systems have innovated and integrated the concept of traditional lock systems with digital technologies like biometric scanners, thumbprint recognition, PIN-codes, etc. 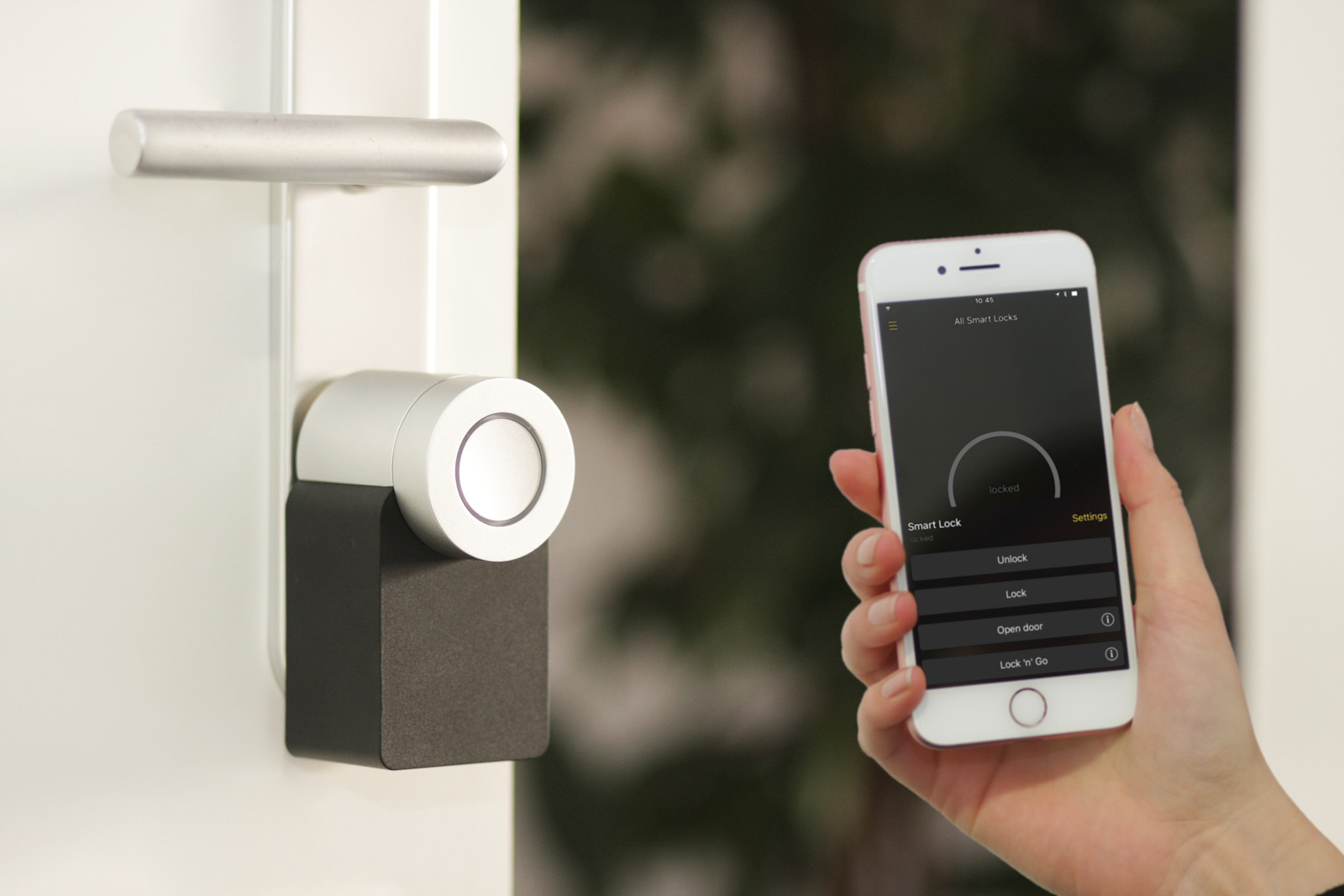 One major difference between these new digital locks and their historic counterparts is the ability to unlock them without the use of a physical key. This reduces the risk of users losing the key and being unable to access the lock.

Although these modern digital locks offer many security benefits over their traditional counterparts, they are still vulnerable to cyber invasion techniques known as hacking. Thus, digital lock systems are continually evolving and becoming more robust to reduce the threat of unwanted access to these systems.

Today locks are integrated throughout modern civilization, from cell phone lock screens to bank vault doors. While their use in historical times may have been simple, their application within the modern world is endless.

We’re greeted with a future where facial recognition and even retinal scanning features aren’t far-fetched. We’ll probably see smart locks with these functions in time to come. The era of the conventional is over, and here at Carolina Locksmith, we’re excited for what’s to come.

As technology continues to change and advance, locks may take on an entirely new look and be utilized in a wider range of applications, but the basic function will remain the same.

Locks have been used throughout the ages and will continue to play a significant role in society as long as people have things they wish to protect.​ If you need help protecting your belongings, your family and your property, call A Carolina Locksmith today.

COPYRIGHT © 2020 A CAROLINA LOCKSMITH | SITE DESIGNED BY M IS GOOD!